Level-One Sleep Study Report - Does anyone have any comments or advice?

Hi to those reading,

I have attached my Level-One Sleep Study Report in hope that members of this community have some insight or comments to share. During this study I wore my MAD along with nasal dilators. Thank you sincerely for taking the time to read through the report, and please dont hesitate to ask any questions should you have any. 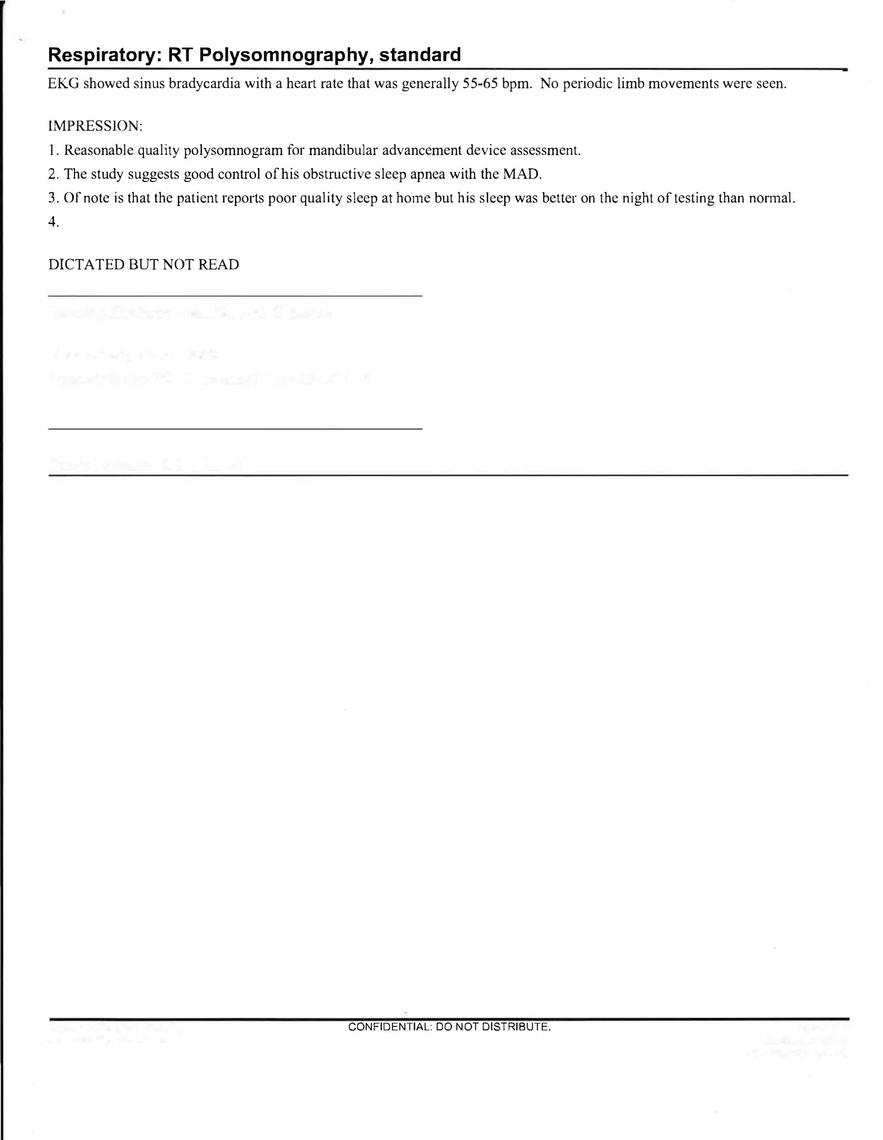 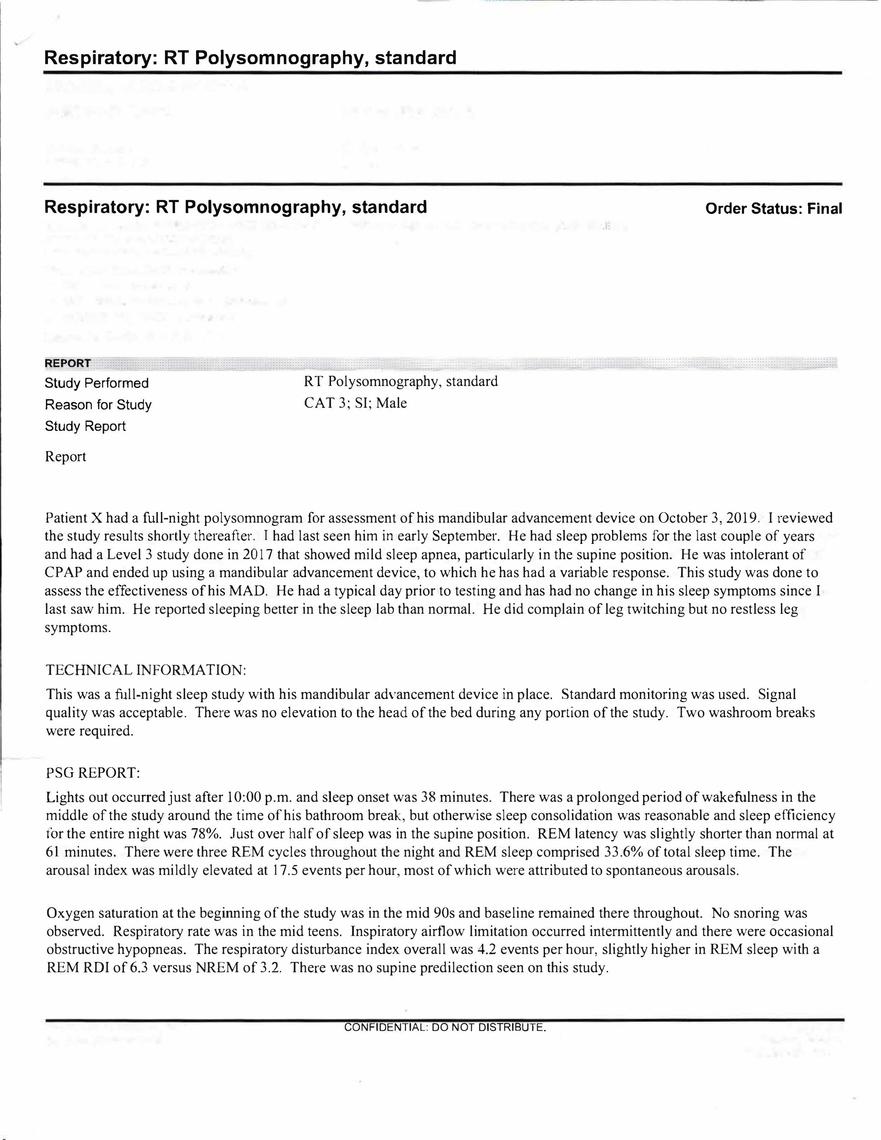 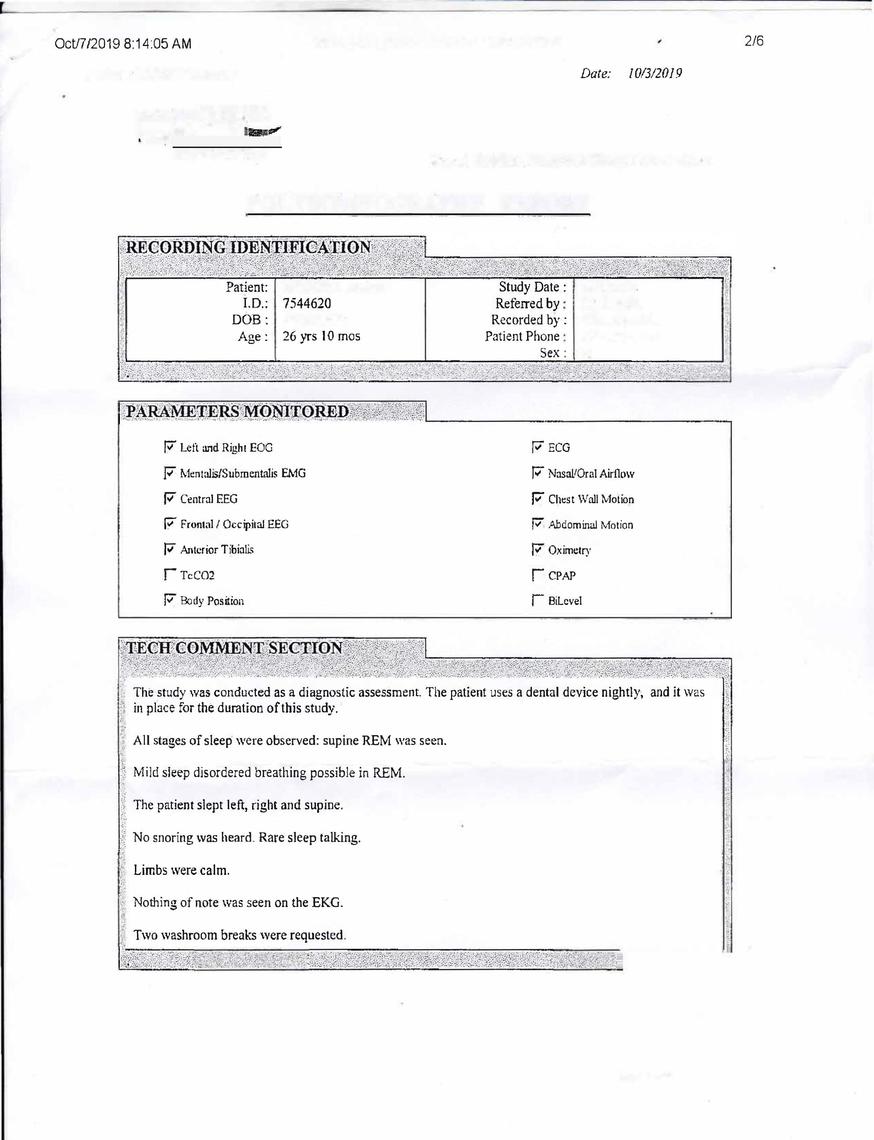 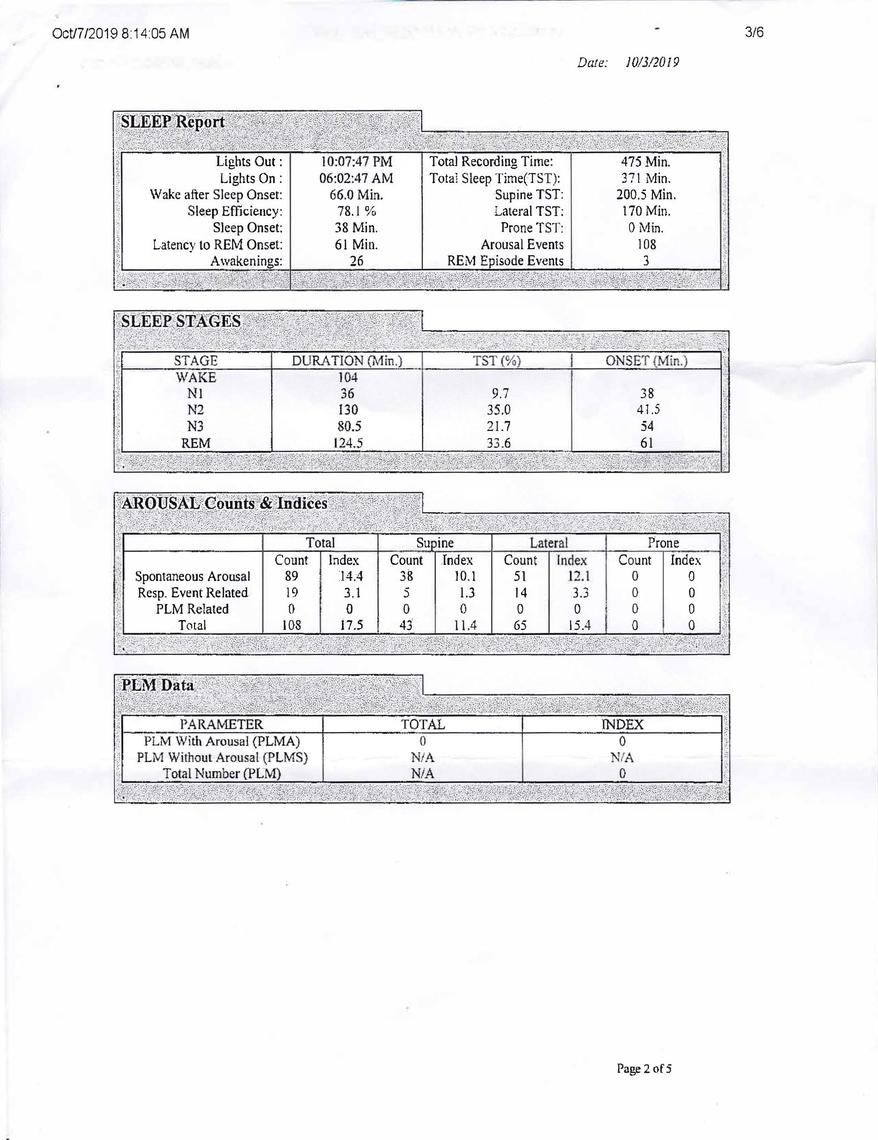 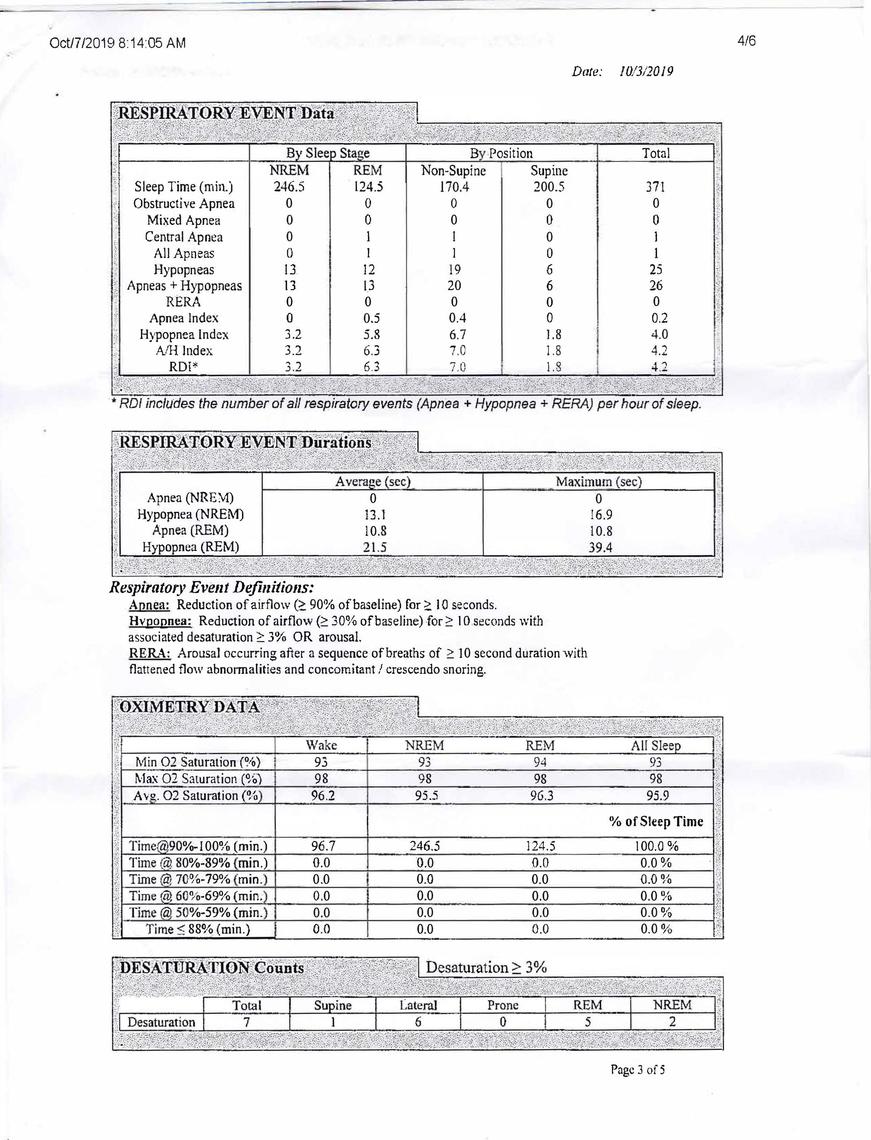 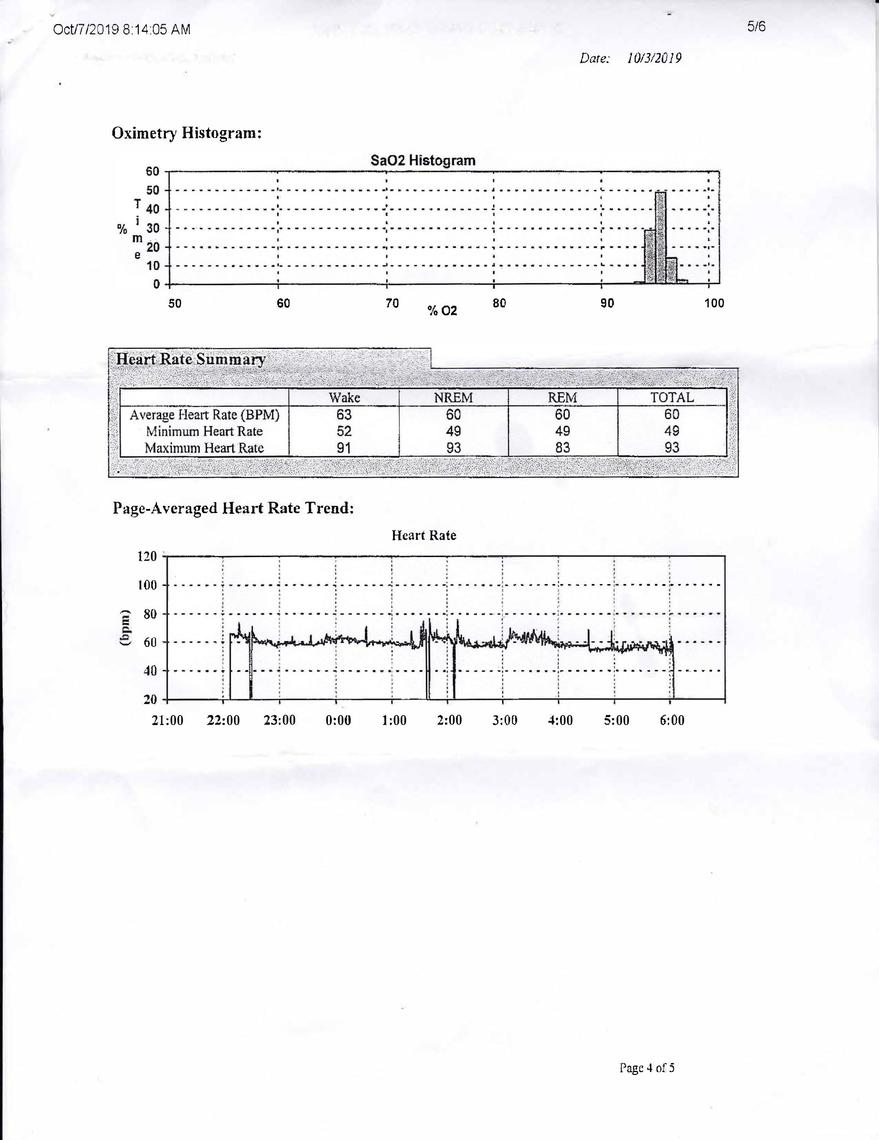 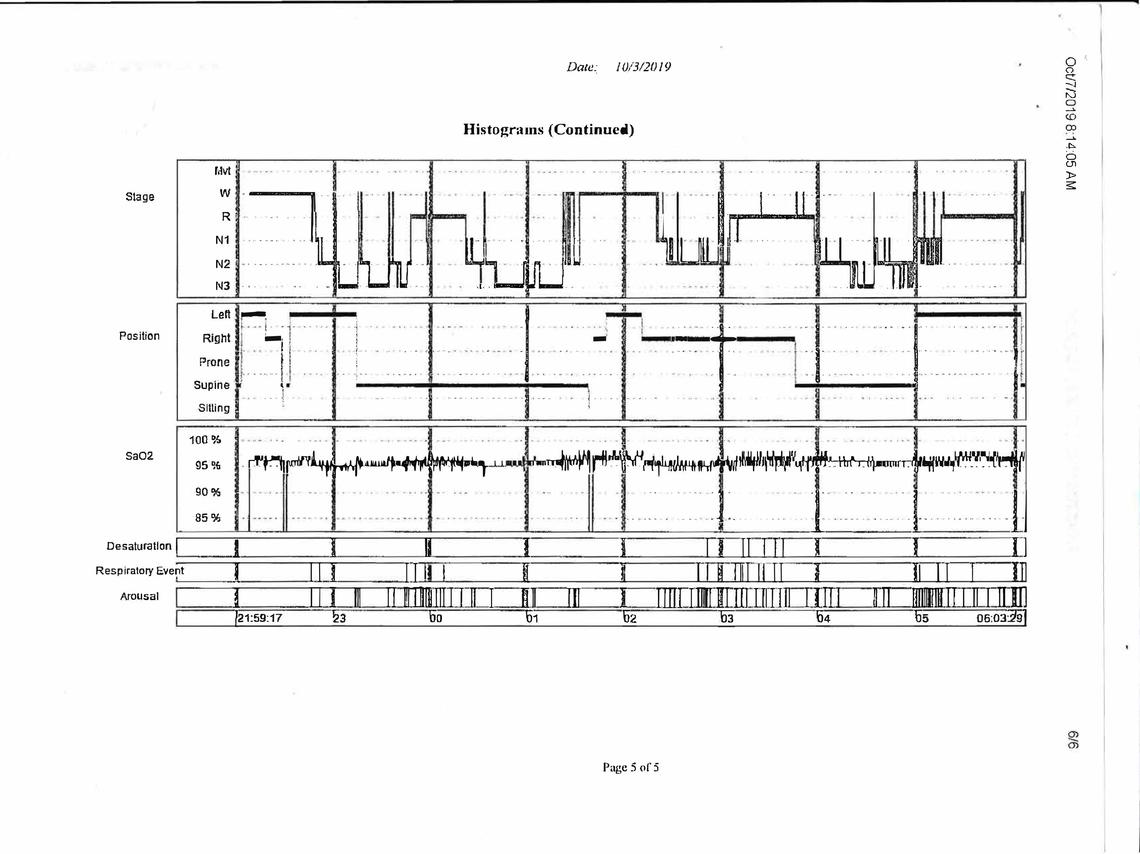 This seems to be a very detailed report, but there seems to be an absence of conclusions. Is there a sleep doctor involved that is supposed to make the conclusions and recommendations?

I am not a professional in the field, just another apnea sufferer. What I noticed is that you only had one central apnea event, which is very good. Also no full obstructive apnea events which is also good. Based on a comment in the text the hypopnea events were described as obstructive, but were not broken out that way in the report. Your main AHI component is hypopnea which appears to be obstructive in nature (flow restriction). AHI is 4.2 which is at the high end of the acceptable range for apnea which is 0-5.

My thoughts would be that the MAD device is working fairly well. How does the 4.2 compare to a study done without the MAD in place?

There is a dentist or two that specializes in this field that checks in now and then. They may have some better comments than I can provide.

Hi Sierra! Yes, there is a sleep doctor involved. At this point in our investigation he has scheduled me for a second level-one sleep study, which I will be doing in about 10 days. In addition, I have been referred to an ENT to discuss the possibility of improving nasal patency or removing soft tissues.

Those were the thoughts of my sleep doctor as well, although he was not the one to assign me the MAD (the MAD was assigned by a dentist with training in sleep medicine).The only other sleep study I have done was a level-three sleep study, which concluded with an AHI of 7.8 (without treatment).

Yes, I know who you are speaking of, and I'm hoping they stop by haha.

I've decided to give the MAD a better/fairer try than I had previously given it. So far I've been wearing it for about 9 days, and I'm finding it more tolerable than I've ever considered it in the past. Using pillows for elevation seem to help as well, but I'm just theorizing. I record myself sleeping, and during small periods throughout the night I have a light snore, but I'm usually quiet, which was also noted on my level-one sleep study above, for what that's worth. I wake up still, one to three times, which is frustrating and annoying, but I would say things are getting better (or as much as one could say they are in the small span of 9 days). Next thing to get is a pulse oximeter so that I can start compiling data while adjusting variables with the MAD!

Last thing I wanted to mention to you, because you weighed in on it earlier, is that my eyes are still very red in the morning, and typically maintain much of the redness as the day goes on. I find this so confusing, because I was sure that it was the CPAP's fault, but now it seems like it cant be the CPAP's fault nor my oxygen-saturation level's fault (because my oxygen saturation was fine on the CPAP)! I've been using high-grade "complete" eye lubricants for 5 days or so, but they're seemingly ineffective. Back to the drawing board I suppose..

Thank you for commenting!

I strongly feel that leaks aren't the cause of my dry eyes, though I can certainly see them being responsible for waking me up on occasion. One thing I really dont like about the full-face mask is the wind burn it leaves around the mouth and nose, so I'm going to try with a new nasal mask. Thanks as always for commenting!