Good morning. I've been on APAP for almost three years yet have never really felt like it gave me much benefit. My diagnosis was mild apnea, with an AHI of 8, so that may play a role. However, even with treated AHI's of <1.5 more often than not, I continually see large periods of time where my breathing looks really odd and irregular. Could someone with some experience in this stuff take a look and let my know what they think? This chart shows a fixed pressure which I tried for the first time last night in an effort to reduce anything that might disturb my sleep. I generally run APAP between 9 and 14, or some other combination within that range. Thanks! 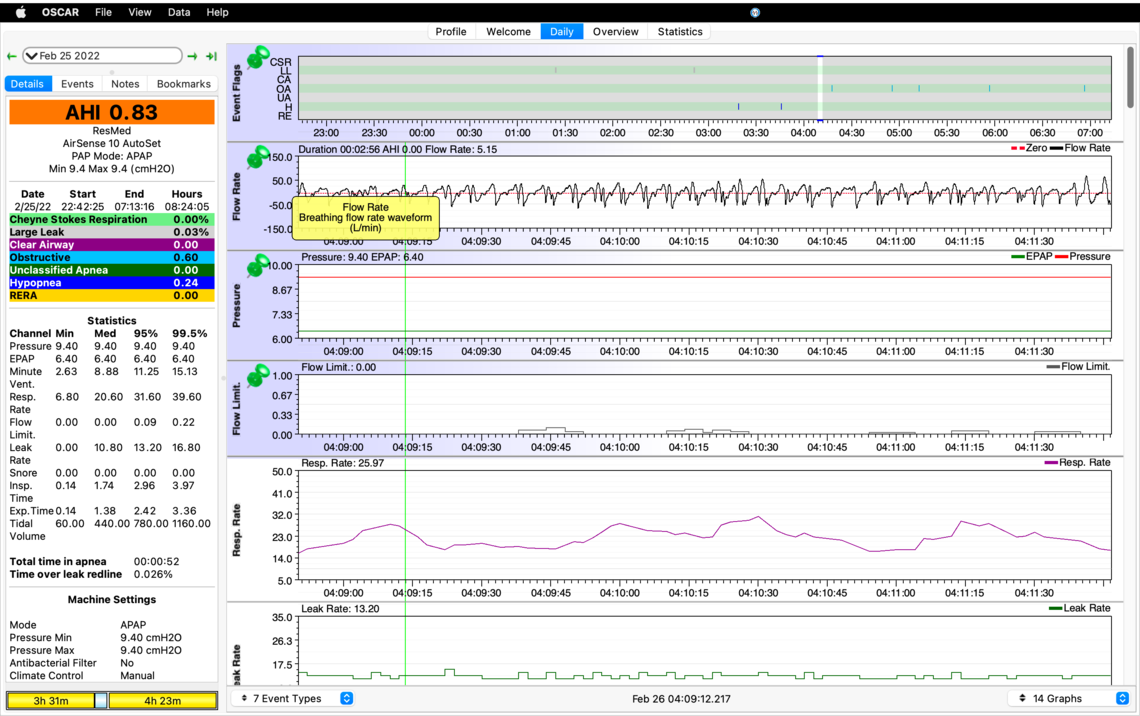 Thanks. I think I found a few clues elsewhere online. Possibly some cardio ballistic feedback and/or upper airway restriction.

I am not sure what cardio ballistic feedback is, but flow restrictions are supposed to show up as flat tops on the inhale part of the flow cycle.