My New Resmed Airfit F30i Mask Has Finally Arrived. Have You Ever Owned One Of These?

I can't wait to test drive my new F30i by Resmed, right after posting this. I have tried the entire range of Respironics masks and the most comfortable in that selection has been their Dreamwear full face, however I have a couple of not so serious issues with it, one being that the vent holes on front of the mask are positioned too high so the vented flow of air hits my eyes, depending on my pillow position and I end up with very dry eyes in the morning . The Resemed F30i is almost identical to Philips Dreamwear full face except that the F30i vent holes are positioned as low on front of the mask as possible, reducing the chances of vented air hitting the eyes. (The person who designed the F30i Must have been a astute observer , because it is pretty much a copy of the dreamwear except for this difference).

Wish me luck and let us know what your favorite mask is....I went with Dreamwear based on an earlier discussion with board members who recommended it.

Ps. I was very disappointed with Respironics Amara View mask because even though it is super comfortable to wear, its vent holes direct the air out at my eyes, besides the fact that it has a mouth tube which I can't deal with having flow hitting my moth directly, why I can only use "frame type" masks that deliver the air to the mask, indirectly from both sides. ...so the Amara View has become another unused addition to my collection. 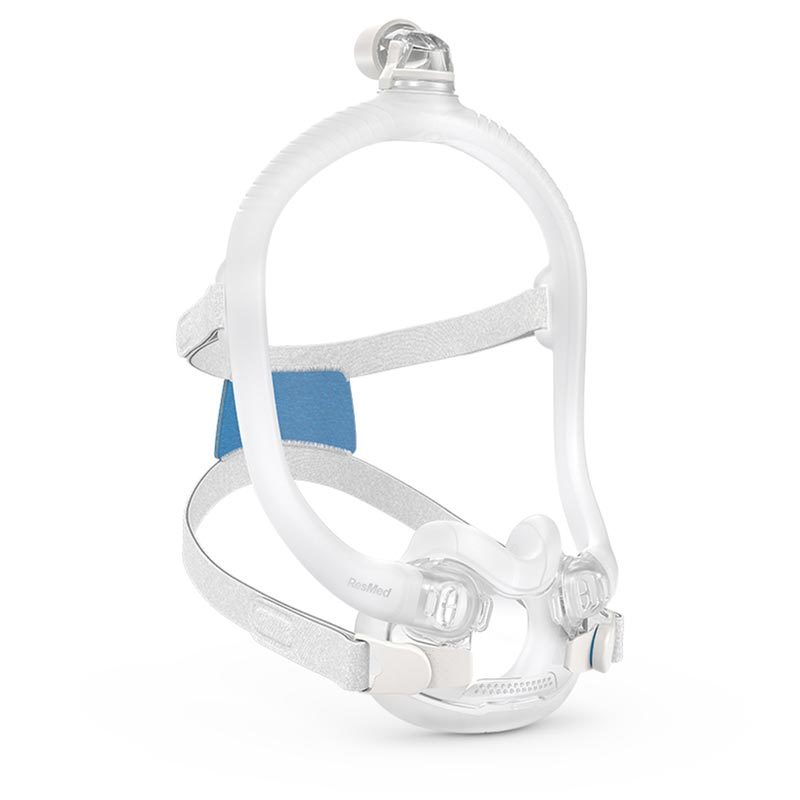 I have not tried a mask like this one, but have thought that the nasal pillow version of it may be worth a try. I believe BUG has tried this mask or a similar one and had some issues with it. I will leave it to BUG to cover them.

The masks I have tried in order are:

ResMed AirFit P10 Nasal Pillow - It works very well for me, is comfortable, quiet, and when the headgear is working the leaks are reasonable. However the headgear is a pain to keep adjusted and the straps keep slipping.

ResMed AirFit F20 Full Face - It is well made with substantial headgear, but I could not make it seal with any reasonable amount of headgear tension. Probably only used it 2-3 nights and gave up on it. It is in the spare parts box.

ResMed Quattro Full Face - My son uses this one and he gave me a spare mask. I hated it for the same reasons as the F20, but the Quattro was worse. Did not make it through one full night of sleep.

F&P Brevida Nasal Pillow - This has a better headgear than the P10 but the nasal housing is much larger in size and not as comfortable when sleeping on my side. It also irritated my nose between the nostrils. I gave it to my wife who was using a ResMed Mirage FX Nasal Mask. It had to be adjusted very tight to make it seal and she was annoyed by the marks the mask and straps were leaving on her face in the morning. She loves the Brevida and gets almost zero leakage with it.

ResMed Swift FX Nasal Pillow - I basically bought this mask for the much better headgear and a nasal pillow design similarity to the P10. It was fine except for the vents. Unlike the P10 model which has a diffuser vent on each side of the nasal chamber, the Swift has angled straight through holes. The velocity of the air coming out those vents is like standing behind a jet engine. I could not find any position when sleeping where the air velocity would not be constantly waking me up.

Sierra FX-10 Hybrid - This mask I made by fitting the Swift headgear to the P10 Nasal housing. From my post, at this link, it looks like I have been using it for 3 years now. I've replaced the silicone nasal pillow cushion once, and that is it other than periodically replacing the 3M tape that holds the splice together. I love the mask. Works great and is quiet.

For the life of me I don't understand why ResMed does not put the Swift headgear on the P10 mask. That would be a winner.

I have been using the Airfit P30i for several months now and really like it for overall design, function and comfort, despite the fact that it tried to kill me from time to time.

I think it differs from the Airfit F31i in enough ways to avoid the issues I have with mine.

If it's the mask in the image above, it has a larger and presumably more dependable vent in the facepiece, and I would hope that most of the production lines are using firmer silicone for the air tubes than the one that I have.

Being a full face mask would make it virtually impossible for it to suck closed and prevent breathing.

I was so impressed with the simplicity and comfort of the P30i that I bought a new one which arrived from USA today. There is no obvious difference but it doesn't suck closed the way my current one did before I adapted it.