Has anyone heard of this? http://www.fundairing.com/journal/2015/4/30/introducing-the-worlds-first-hoseless-cordless-maskless-battery-powered-cpap-device What do you think?

TheresaS +0 points · over 5 years ago

Member136688, I have heard of this device. Unfortunately its launch has not happened yet, but June is almost here. I would be interested in what others think when they try it. At first glance, though, what are your thoughts?

It looks promising but I think they should be asking people to invest, not donate!

AdventurousBlueGreenSalmon5654 +0 points · over 5 years ago

I don't care for them asking for donations for something that doesn't even have a prototype. Makes me wonder if it is a scam.

At first glance, it raises many questions for me. How is this device is held in place? Does it provide humidification? Is the product something that is affordable? Is there any accountability, by the inventor, for money donated through Indiegogo?

I am open to the idea of a less cumbersome device for treating OSA.

I think I will continue to work with what I have. It is working effectively for me.

Those are my first glance thoughts. Thanks for asking.

This sure seems like a great idea. In fact it's too good an idea for me to believe it's possible. The unit stays on yourface because the "nasal prongs" grip on the interior of your nose. At the higher pressures that some patients need I don't see this as working. There is no humidification. Most humidifiers use 1/2 cup or more of water per night. the volume of water necessary would be larger than the unit alone. The other difficulty is power for the unit. The inventor makes reference to a new micro fan technology. I'd like to see the engineering design drawings before making any decisions on this new device but in my opinion it's impossible to manufacture this device. We all wish for a smaller CPAP device, one you could wear and carry in your pocket. Yes amazing strides have been made in medical and electronic devices in the past 10 years but I don't think the technology to build such a device is available at this time. As far as donating to this company..........................I've got a bridge in Brooklyn I'll sell to you cheap.

On their FB page they mention that the price of the "Airing" unit should be $3.00.

Good for them. However, I'm a skeptic. I want to see the actual engineering behind it and of course an operating model. At pressures over 15 cm I don't think the unit will stay securely in place without head gear.

Total, total, 100% scam. Look at the video. A small mocked up piece of plastic with a silicone nosepiece. About $500 in fabrication costs. The claims made are outrageous. Pressure of 20. Will run for 8 hours. End cost of $3 Why not throw in that it will cure Cancer as well. I have researched these micro blowers on the mfg site. They can't do what is claimed. Not even close. Look back at the mockup. See any controls or switches, of course they will say it will run wirelessly from your phone, or some other nonsense. If you've put in money, then I feel badly for you. This is a total scam It is absurd that he has received any money for this, but I'm am sure there are ways to scam the system, such as putting your own dough in, recycling it out, and then back in again. So, look again at his video, and the photos. It's a hollow piece of plastic. And his wild claims are a hollow as his faked-up model. Just one of two other small things btw. Have you ever noticed how unobtrusive your iphone cord is? Why not simply plug it in through your iphone adapter. The D&d difference between developing a WHOLE NEW battey technology & installing a power Jack is in the nature of man-years of effort. That's because it was sexier to show a "Star Trek like" device which has the magic of invisible power. You will see no further updates on this "device". He's grabbed the dough, and this con man is gone. Oh, BTW... I went to the US patent office registry to try and find any of the other "75 patents" this particular Stephen Walsh has filed. I found nothing. Funny how they never mention in the airing promo what any of his other patents were for. Maybe one was a machine that automatically with the push of a button hung people upside down until the money fell out of their pockets?? 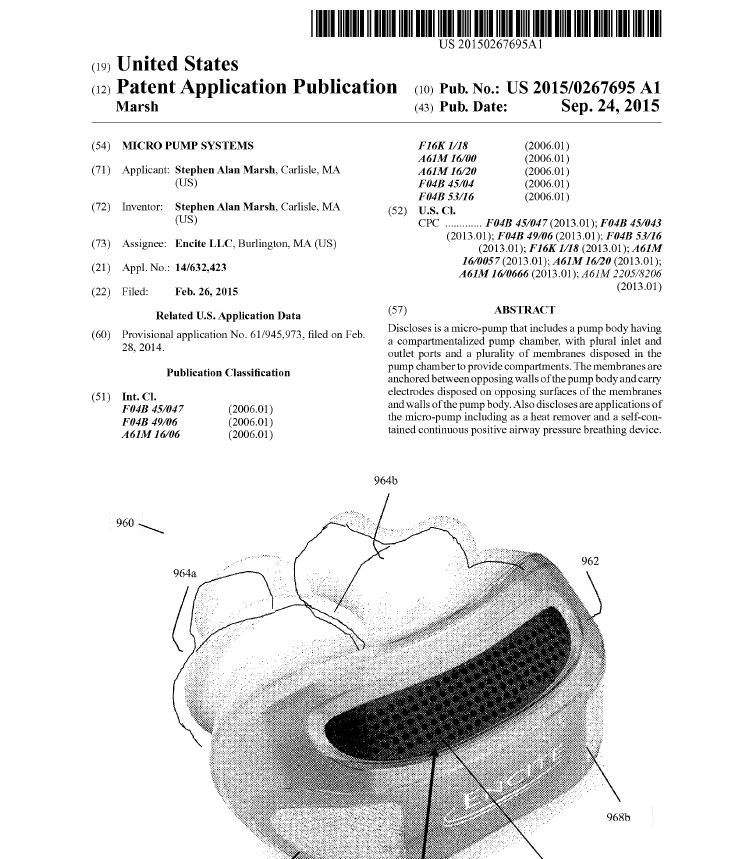 I have looked into this a lot as a number of my patients have asked me about it. It looks like a scam. Wait until it actually hits the market before getting excited. And I certainly wouldn't be throwing any money at it. It's already passed its funding goal by miles, is well over a year behind schedule, and there still is not one working prototype. That's before you address any of the many potential flaws in the proposed design. Treat with caution.

Before FDA testing, it has to be made to work. Note the initial posting in this thread is two years old and it appears no closer to getting into testing phase than two years ago. I sure hope that this gets worked out but will wait until it is on a shelf for purchase before making my mind up. Besides, I spent all my money on my Elio car reservation. I should have that new car any day now hehe.