Has any of you treated with hemp oil? I have heard many stories about it and I will trying soon to see if it can help my brain to be restored and get rid of Central sleep apnea or at least to improve my symptoms.

Hemp CBD oil has helped to treat or cure several chronic diseases and pain including Alzheimer or Parkinson.

Note: Many people thinks hemp is Marijuana, but it is different, it does not give you the "high"feeling. 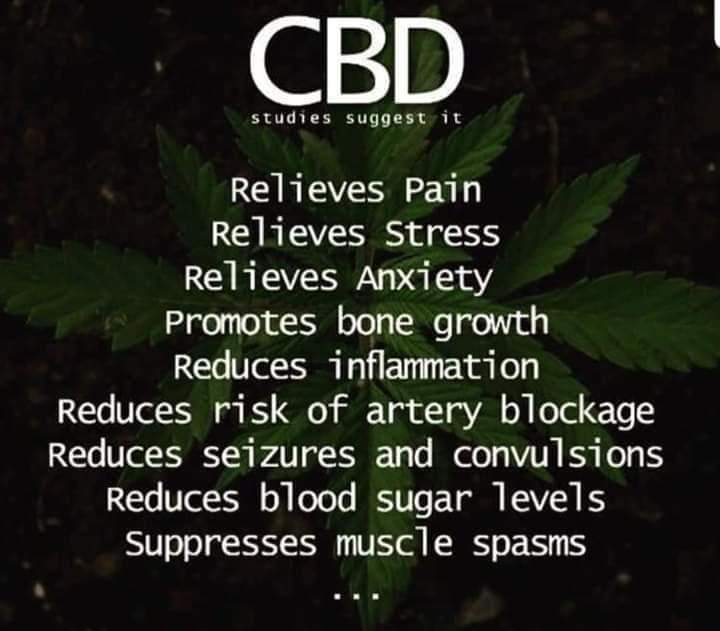 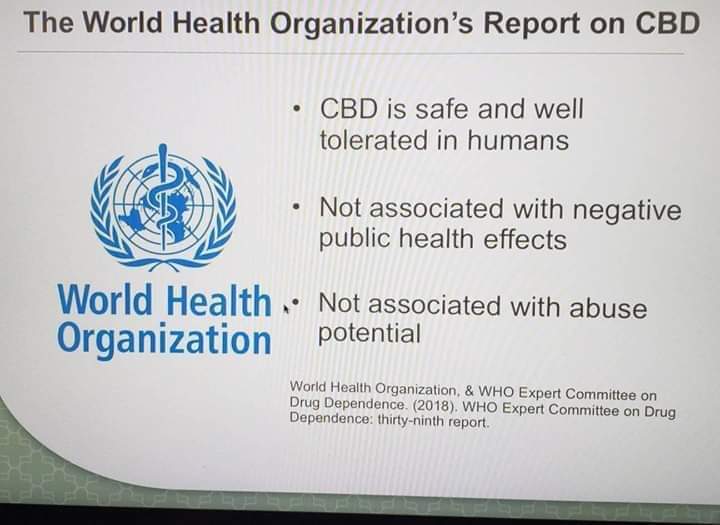 I watched a program on our Canadian public news network last night where they asked a panel of doctors various questions about sleep disorders. Marijuana (not CBD Oil) was raised. I recall they lumped it in with alcohol and when used before bedtime it could help you go to sleep, but when the effect wears off you wake up and then have even more difficulty going back to sleep.

My thoughts on central apnea is that there are a number of root causes, but they can generally be lumped into an umbrella category of a breathing system control instability. It is like a defective cruise control in a car, that cannot maintain a constant speed. Elevation makes it worse, air pressure from PAP devices can make it worse, and in general sedatives and in particular opiods which suppress the nervous system can make it worse. It is hard to guess how something like CBD Oil would or could improve the situation.

Now that marijuana is legalized in Canada for recreation use, I would assume people will now start being more open about how it affects apnea treatment. I have no personal experience, and don't plan to, so I can't help you there.

As far as PAP treatment for central apnea, I think there are three routes to go. First is to use a CPAP or APAP and do everything you can to minimize the pressure used for treatment. The second approach is to go to a BiPAP device and use lots of pressure support (difference between EPAP and IPAP) to help the breathing effect and hopefully prevent some of the full stoppage in breathing effort (central apnea). It is pretty blunt tool however, and statistics I have seen show that BiPAP is more likely to make total apnea worse instead of better. The third solution is to use an ASV device like the AirCurve 10 ASV from ResMed. It follows breathing on a breath by breath basis and cuts back or increases pressure support on a breath by breath basis. It can have quite a dramatic improvement in central apnea contribution to AHI. On the negative side it can only be used when heart function meets a minimum standard. And, there are no studies to date that it improves long term life expectancy. It other words, it may be just masking the issue.

I have to agree with Sierra here. I will agree that Medical Marijuana will help some patients with some conditions but I have NEVER seen anything like this associated with any form of Sleep Apnea. I'll add that I maintain a WIKI page for alternative forms of treatment for apnea. Those other forms, in the research usually state that the gold standard for Sleep Apnea treatment is CPAP which includes all the classes of machines mentioned above.

They should be chosen to treat the specific condition that the user has,

*To treat obstructive apnea and minor hypopnea and for most initial treatments a standard Auto CPAP such as AirSense AutoSet (or for her) is appropriate.

*To treat obstructive apnea and hypopnea, and a standard Auto CPAP is insufficient the treatment of choice is the Aircurve 10 Vauto (has higher pressure and greater Pressure Support (PS) (similar to EPR) available

*To treat central apnea, the only appropriate therapy would be the Aircurve 10 ASV

*To treat obstructive or pulmonary restriction including hypoventilation, would be the Aircurve 10 ST

There are other companies which make Non Invasive Ventilation devices which are just as good (and sometimes better) at treating central apnoeas, obesity hypoventilation, type 2 respiratory failure and so on than the ResMed machines you list here.

Also, I think you may have some of your terminology a bit confused. CPAP (fixed or auto) is the standard treatment for hypopnoeas. You may be referring to hypoventilation, which is usually treated with a bi-level device of some sort. Central apnoeas are not always treated the same way. The best mode of treatment depends on the cause of the centrals and the way the patient responds. It's all a bit technical. In short, ResMed machines are not the only option.

Hi all...I tried yesterday 2 drops under my tongue in the morning,... and last night fell asleep right after tried two more. First night without insomnia in months!! Also my AHIs reduced slightly from 4 or 5 average to 2.2. it is my first day...will keep you posted. BTW...my muscles pain from my arms due to bad sleep postures went away too. I am using a BiPAP Aircurve 10 Resmed machine.

Which CBD oil did you use? And is CBD and hemp oil the same??

I am considering ordering this one from Formula Swiss in Switzerland.