It is often rumored that the AirFit P10 mask was designed to replace the older Swift FX nasal pillow mask. The P10 has been on the market for about 5 years or so, but has not pushed the much older FX out of the market. If you believe the CPAP.com sales volume sort of nasal masks, the P10 is currently the most popular, and the FX remains right up there in second place. The FX even enjoys a slightly higher user rating at the site. So how do they compare? I have used the P10 for about 9 months, and now the FX for about a week.

For me, I will certainly use up the life of the FX, and assuming nothing changes my next mask is likely to be a FX too. The P10 will go in the closet with my F20 as a spare that I hope not to use. Others who have less of an issue with the headgear of the P10 may be much happier with it.

This leaves me with one obvious question directed at ResMed. If you wanted to make a mask to replace the Swift FX that was an improvement, WHY ON EARTH DID YOU NOT JUST PUT THE P10 NOSE INSERT AND VENT ON THE FX HEADGEAR??? If they did that I would buy it tomorrow! It really would be the perfect nasal pillow mask.

Your not thinking like someone who runs a big business. Why would you NOT change the headgear of a mask with something which needs to be replaced 3 times as often, resulting in far more sales and more revenue for your company? It's a no brainer. Remember that, ultimately, while a CPAP mask might be a means of increased quality of life and improved health for you, in our capitalist society it's just a way of making money from the manufacturer's perspective. The fact that it helps you is a side effect.

ResMed seem to have wedged their head further up their own posterior in recent years. They have a habit of replacing perfectly good products with worse ones, just so they have a new thing.

There is always a lot of friction between the marketing department and the engineering department in a company. Sounds like ResMed is no exception. I also wonder if some of their products are not constrained by patent issues. I read the article I found on the ResMed Origins and found that much of their energy over the years has been consumed by legal battles with Respironics and others over patents.

I think I might take out a patent on that white elastic with the button holes and a nice new red sock.

The ultimate fashion accessory for modern CPAP users so they can mix and match their headgear.

I think I have made an industry breakthrough in the mask area. I can't say much more until I get my patent application in. But, I will give you a hint... 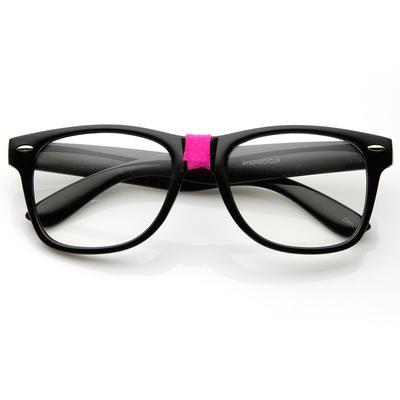 You are a very sick puppy Sierra! :O

Be patient. The project is in the prototype testing stage.

I think there are laws about using your wife as a guinea pig.

Apparently it's all ok as long as you deck out the laboratory with roses first. :)

There seems to be more than one sick puppy in this forum.

thegreatgrampa +0 points · about 3 years ago

You hit the nail on the head sleeptech. It's all about the money! In a post on another forum I have been following in reference to issues of possible Hypercapnia caused from clogged vents on the P10. The doctor did quite an extensive study and when he approached ResMed they ignored it. Further down in this thread Sierra tested the Swift FX vs the P10 and mentioned the vent on the Swift FX was fairly powerful. I agree it is, but I feel safer knowing it is venting than I do with a P10 which I have to reach up and and can hardly feel. Personally I am not sure ResMed is the only one replacing quality products with cheaper ones. I have my doubts about the DreamStation lasting as long as my Respironics System One lasted. (8 years)

Well I tried my Mark I modification to the Swift FX to tame that tornado air stream that comes out of it. It was using three layers of fiberglass window screen material taped over the exhaust of the jet engine. It did work really well in in an afternoon nap. It felt good although I only slept for about 10 minutes. Slept overnight with it. Net result was an AHI of 6.3 which is the highest I have been since October 2, 2018. Back to the drawing board.

One down and only 9,999 to go to catch up to Thomas. Mark II is in the prototype testing lab for tonight...

One of those old fashioned tin whistles with the cork ball might make an effective air flow diffuser ....... and the good news is that it's fair game because the patent ran out before young Thomas was born! :)

I solved my problem of liking the P10 mask the best, except for the headgear. I arranged a marriage between the FX and the P10. Thanks to Sleeptech for the button hole elastic solution. That got me to thinking how it could be done... See this thread where I describe the wedding arrangements. Sorry BUG, I couldn't find the pink tape!

[With modifications from previous post] Thanks for this discussion. I'm new to this world of challenge! From this great forum, seems to be best equipment guess by the Dr. then trial and error and lots of self data eval and user guessing, until best or tolerable sleep is found. Anybody tried the new Resmed N30i? [2 wk wait for me it's so new] Or the two DreamWear versions I've seen online. Had my BiPAP Aircurve 10 S w/humidifier for only 4 days and don't like F20 full face. Obstructs vision and must set too tight to overcome leaks. Pressure set to 12-16. Don't sleep opening my mouth and totally sleep on back. Also want the Auto version of BiPAP 10 S instead since it seems to be same price with added capabilities. We'll see how well my Cigna Healthsprings handles that swap. Told I have 30 day window to get best solution by Sleep Center coordinator working between doctor and DME on 13 mo rent to own. FWI - LOFTA offers a 30 nights - risk free. Have no affiliation, just found webpage with good info. https://buyminicpap.com/collections/pillow-masks Also have SleepyHead SW thanks to Sierra's suggestions. Only 4 days data. Actually only 3 since day 1 was crazy adjustment to mask. Looks like good analysis, with much to learn. Passed SW info on to others in industry I've talked to who surprisingly to me never heard of SleepyHead!

Well you have been busy jeffez

I don't understand most of it but I'm sure Sierra will. :)

I don't know much about the N30i mask. It seems ResMed is playing catch up to offer a products to compete with the DreamWear series. Not sure about these 30 series mask on how interchangeable they are, but the DreamWear uses the same frame for full face, nasal, and nasal pillow styles. So once you have the frame, it is easier and less costly to switch types.

If you have SleepyHead and you want some opinions on how your machine is working for you, use the orange "Start a New Topic" button at the top of the main forum page and post a screenshot of your Daily Detail. Just press F12 on a PC and watch for the notice where the image file is saved. To post it here left click on that file in your file explorer and drag it into the body of an open message you are composing. It will upload and display here.