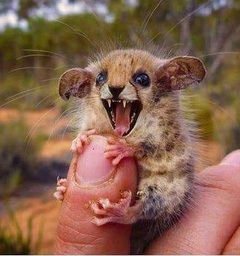 CPAP is not the solution
45
REM Sleep Behavior Disorder (RBD)
33
Melatonin Does it Work for You?
23

What advice would you give me with these symptoms?

I'm glad that you posted the above query in this forum because, although you are unlikely to get the answers you might hope for, at least the comments you get will be well intended.

I confess to having only skimmed through your notes above. For that I apologise.

The thought that first comes to mind is that life is complicated and messy for all of us and I'd gladly trade places with you, in a heartbeat.

My second thought is perhaps a tad more constructive.

You sound like you could use a protracted series of counselling sessions to give you the tools to manage uncertainties and worries more effectively.

I hope you find the answers you need.

Life, despite being complicated and messy, is too precious to waste in perpetual worry.

I have an F&P Icon and a Resmed S9 and Sleepyhead seems to accept data from both machines.

I don't ask Sleepyhead to access the SD card though.

I copy the files to a folder on my computer and tell the app where to find them.

All For One and One For All

I have three chinstraps. Each a staunch friend and ally in my various battles.

Initially I was content to face my many adventures without allies but over time I found that I would come limping back to reality with a parched mouth and a serious hangover so I went in search of friends.

The first one was a single strap version and would disengage and leave the battle with the least provocation.

The second one was a bit more determined with two straps and the kind of tenacity I needed in an ally but it did nothing to enable my mask to stay in place during the long hours of darkness.

The third one was like a knight in full armour. Double reinforced tough and almost undefeatable in battle.

There was an added bonus too. It made me feel like royalty! After all didn't the man in the iron mask have royal blood?

Of course the downside of all that surplus armour is the endless itching and discomfort but that's part of the adventure right?

Unfortunately I have a skin condition which periodically feels like I have spilled acid on my face and chin. A serious distraction from the purpose of all that gear.

Last night I had another exciting dream. All fangs and claws. So I dragged myself out of bed and waited for the monster to fade off into the distance.

In the meantime I mowed off my hair and plastered cortizone all over my face, then found that my best friend, Courage, had packed his bags and gone on holiday. Seems like he wanted to find his own dragons and monsters to slay.

I can tell you I was rather put out with him deserting me in the early hours of the morning like that but I rallied my allies and decided that I would dig my old chinstrap out of it's crypt and equip it for battle once more.

Well the plan, born of desperation and lack of sleep, seemed like a good idea at the time but I had forgotten about the endless leaks and so I endured many hours of oxygen deprivation and the resulting consequences, feeling like I had spent the night on the rack.

Eventually dawn arrived and my oldest ally, Courage, returned so I was able to equip the iron mask and venture back into battle.

Who knew that a simple chin strap could be so much fun!

This is really a question for his doctor or chemist/pharmacist.

I don't use Pramipexole yet, although I expect that I will have no choice eventually, but if I was using it I think I would try the Melatonin anyways unless the fine print on the meds precluded it.

If I was still in doubt I would ask my pharmacist. He probably knows more than my doctor about chemical combinations and his advice is free. :)

New to CPAP - questions about redness from mask, and 2nd hand machines/masks

I've made a number of purchases through 1800CPAP and not regretted any of them.

I hadn't thought about the issue of insurance companies.

I might have to go back and read the fine print.

This whole thing gets to be such a quagmire.

Most of my experiences have been with nasal pillows which are probably quite different for the purposes of this discussion.

I have generally found that nasal pillows effectively clear the airways unless I have seriously swollen sinuses in which case I use antihistamines.

The reason I think there is a significant difference is that the pillows only clear the airways when they are well seated and properly directed so I doubt that a nasal mask would have the same capacity. I suspect that for me just increasing the pressure around the nose would be more likely to close the airways.

Perhaps others have had more experience with both options and could offer some suggestions.

Unfortunately there are no magic solutions, at least none that I have found yet.

Many nasal pillow users (myself included) find that they resolve nasal congestion rather than compounding it but I don't think the same applies to constrictions caused by allergic reactions. I use antihistamines when I have swollen sinuses.

Defusing the brains alert files can help lessen the awareness.

One way to do that is to wear the mask while you are awake, perhaps reading or watching something with the mask on until you can more easily tune it out.

Immersing yourself in a new hobby or interest could provide a helpful diversion.

It seems to me that by the time many people are diagnosed with severe apnea they are already sleep deprived, confused and stressed out.

Adding a CPAP machine significantly increases the level of stress and anxiety.

I've had similar issues with interstate flights here in Australia because I usually travel with a budget airline Jetstar that has recently changed their policies regarding CPAP machines.

They are probably still subject to the laws that Sierra speaks of but I think that they choose to comply by not charging for CPAP machines that are placed in luggage. They use this new policy to justify weighing and charging for carry on CPAP machines.

It leaves the following options.

1) Pay the extra carry on fee.

2) Put the CPAP in luggage

4) Get a doctor to fill in the obtuse documents provided by the airline regarding medical status and CPAP usage.

Do you have a climate control hose?

Is it possible that you are overfilling the humidifier?

Are you still using nasal pillows?

I have no answers but there are always lots of questions!